The human body is a very special environment. It presents serious limitations to implanted active devices. We all know the difficulties related to biocompatibility and biostability, but there are many new constraints related to miniaturization, energy, communication and connectivity. The presentation will quickly review past and current limitations and continue in assessing future trends in the encapsulation of long term implantable devices.

Claude Clément, born in 1955, is from the French speaking part of Switzerland. He has first worked in R&D for the watch industry (Swatch Group), head of the transducers and actuators development group. He entered the world of medical technologies by heading the diversification activities of Swatch in the field of wearable programmable drug delivery pumps. Afterwards, he spent 27 years in the field of active implantable medical devices, as Dir of Manufacturing Engineering at Intermedics (now Boston Scientific), as Plant Manager of the Swiss operations at Medtronic and later as a consultant for major companies, mainly in the field of pacemakers and for various highly innovative start-ups. Starting 1996, he put in place and ramped-up the highly automated factory of Medtronic in the Lake Geneva area. This plant is the world largest site for the assembly of active implantable medical devices, producing large volumes of pacemakers, defibrillators and neuro-stimulators. He later joined the Advanced Concepts research team of Medtronic, focused on implantable devices for programmable drug delivery and communication with implants. Interleaved in these fix responsibilities, he worked several years as an independent consultant in the field of active implants. Until 2014, he was CEO of MyoPowers, a start-up company developing an electromechanical implant to treat severe incontinence. Beginning of 2015, he joined the Wyss Center for Bio- and Neuro-Engineering, as CTO, putting in place and growing advanced projects for long term implantable Brain Computer Interfaces for movement restoration of paralyzed people and interaction with brain circuits. Claude left the Wyss Center in the beginning of 2020 and is currently retired as a freelance consultant in the field of active implantable devices. He is or was founder, chairman or board member of several start-ups and small businesses.

Claude domain of expertise is the encapsulation and interconnection of long-term active implants for human use. He has developed, validated and put on the market several active implants, from cardiac devices to neuro-modulation devices, from drug delivery systems to functional assistance stimulators.

Claude is Chairman of the BioAlps Association, a diversified life science cluster in Western Switzerland. He holds a Master’s (1979) in Electrical Engineering from the Swiss Federal Institute of Technology (EPFL) in Lausanne, and an MBA (1990) from HEC at the University of Lausanne (Switzerland). He holds several patents as inventor or co-inventor and is the author of a book on Brain Computer Interface technologies (Springer, 2019). 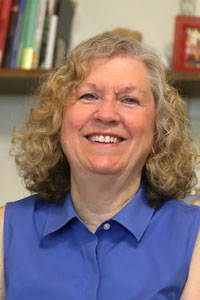 The electronics industry continues to see growth in datacenter servers, AI accelerators, 5G infrastructure, and automotive electronics (especially EV). Heterogeneous integration has been discussed for many of these applications. What are the package choices for these application areas and how are the options changing? Will the drive for low-power change the choices? What infrastructure and material challenges does the industry face? This presentation discusses these growth drivers and packaging trends in each area.

E. Jan Vardaman is president and founder of TechSearch International, Inc., which has provided market research and technology trend analysis in semiconductor packaging since 1987. She is the author of numerous publications on emerging trends in semiconductor packaging and assembly. She is a senior member of IEEE EPS and is an IEEE EPS Distinguished Lecturer. She received the IMAPS GBC Partnership award in 2012, the Daniel C. Hughes, Jr. Memorial Award in 2018, the Sidney J. Stein International Award in 2019, and she is an IMAPS Fellow. She is a member of MEPTEC, SMTA, and SEMI. Before founding TechSearch International, she served on the corporate staff of Microelectronics and Computer Technology Corporation (MCC), the electronics industry’s first pre-competitive research consortium. 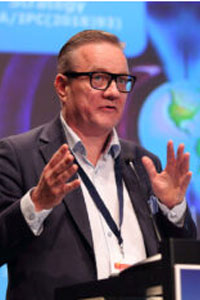 Mr. Nikulainen is a graduate from Helsinki University of Technology (HUT). He has also completed studies in Cranfield School of Management. After graduation, he worked as a research scientist in the HUT Laboratory of Space Technology on advanced RF remote sensing systems. Between 1996 and 1999 Mr. Nikulainen held management positions in the airline industry. He joined ESA in 1999. From 2005, Mr. Nikulainen has led European Component Initiative and became a Head of Division in charge of materials, manufacturing processes and electronic components in 2009. Today, he is in charge of the Technical Reliability and Quality Division in the Directorate of Technology, Engineering and Quality. He is also ESA Executive manager of the European Space Component Coordination (ESCC) and European Cooperation for Space Standardization (ECSS). 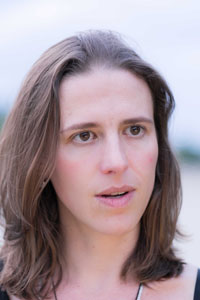 Topic: Reliability of Active Implantable Devices: can we predict, and prevent, failure?

Anne Vanhoestenberghe is Associate Professor at University College London, UK; co-founder of the Aspire Centre for Rehabilitation Engineering and Assistive Technology (CREATe); Deputy Director of MAISI, a national facility for the Manufacture of Active Implants and Surgical Instruments dedicated to support the translation of research to first use in human; and Past Chair of the UK chapter of the International Microelectronics Assembly and Packaging Society (IMAPS). She is a visiting academic with the School of Biomedical Engineering & Imaging Sciences, Kings College London, UK and the Bio, Electro And Mechanical Systems Department, School of Engineering, Universite Libre de Bruxelles (ULB), Brussels, Belgium. She trained as an engineer in Belgium (ULB) and The Netherlands (Eindhoven), holds a PhD from the University of London (2007), and has worked in Germany (IMTEK, University of Freiburg) and Australia (University of New South Wales, Sydney), where she contributed to the development of the Bionic Eye. She has 20 years of experience in the field of active implantable medical devices, and electrical stimulation to improve the quality of life of people living with chronic conditions. Her research focuses on the development and protection of electronic devices for human implantation (corrosion, conformal coating and hermetic packaging); long-term reliability and lifetime prediction of new technologies; and applications of neural engineering, in particular electrical stimulation, neuromodulation and EMG control of artificial organs.

This site uses cookies. By continuing to browse the site, you are agreeing to our use of cookies.

We may request cookies to be set on your device. We use cookies to let us know when you visit our websites, how you interact with us, to enrich your user experience, and to customize your relationship with our website.

Click on the different category headings to find out more. You can also change some of your preferences. Note that blocking some types of cookies may impact your experience on our websites and the services we are able to offer.

These cookies are strictly necessary to provide you with services available through our website and to use some of its features.

Because these cookies are strictly necessary to deliver the website, refuseing them will have impact how our site functions. You always can block or delete cookies by changing your browser settings and force blocking all cookies on this website. But this will always prompt you to accept/refuse cookies when revisiting our site.

We fully respect if you want to refuse cookies but to avoid asking you again and again kindly allow us to store a cookie for that. You are free to opt out any time or opt in for other cookies to get a better experience. If you refuse cookies we will remove all set cookies in our domain.

We provide you with a list of stored cookies on your computer in our domain so you can check what we stored. Due to security reasons we are not able to show or modify cookies from other domains. You can check these in your browser security settings.

We also use different external services like Google Webfonts, Google Maps, and external Video providers. Since these providers may collect personal data like your IP address we allow you to block them here. Please be aware that this might heavily reduce the functionality and appearance of our site. Changes will take effect once you reload the page.